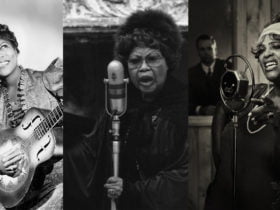 Hello, how have you been, readers? I hope you all are doing great. Today Siachen studios have come up with another wonderful topic to discuss. It is purely about Harry Potter villain Characters.

Are you aware of them? If yes, great, and if not, then don’t worry. Yes because this article will provide you with enough details about the Harry Potter villain.

You know, The bad guys, Sometimes they are the best part of a story. Confused? Well I mean, who doesn’t love a good villain? Those deliciously evil people who cause so much in a story are often a catalyst for the hero to become the hero.

Good vs. Evil is just one of those conflicts that will always have its place in storytelling. Agree or not? Hence considering this case I have prepared a list of 10 Harry Potter villains. I have discussed their appearances and their personalities in the article.

Therefore, let’s dive straight into the list of Harry Potter villains. Hope you will enjoy this little horrendous piece of article.

Lord Voldemort is considered to have been the most powerful and dangerous Dark Wizard of all time. One of the best Harry Potter villains character of all time.

Indeed he was amongst the greatest wizards to have ever lived, often considered more powerful or equal to Albus Dumbledore.

Also, He is the archenemy of the franchise’s titular protagonist, as well as the murderer of his parents James and Lily Potter respectively. He is the heir of Salazar Slytherin who was destined to open the Chamber of Secrets and purge Hogwarts of all Muggle-Born students.

Bellatrix “Bella” Lestrange was a British Pure-blood witch, the eldest daughter of Cygnus and Druella Black, cousin of Regulus and Sirius Black, and the elder sister of Andromeda Tonks and Narcissa Malfoy.

She was a member of the House of Black, an old wizarding family and one of the Sacred Twenty-Eight. Bellatrix started her education at Hogwarts School of Witchcraft and Wizardry in the early sixties and was Sorted into Slytherin House.

Bellatrix was described as being highly attractive in the Pensieve, with heavily lidded eyes, and sleek, thick, shining black hair. She was tall and proud.

She was a Ministry of Magic official and served as Senior Undersecretary to the Minister for Magic under three successive ministers: Cornelius Fudge, Rufus Scrimgeour, and Pius Thicknesse. One of the best Harry Potter villains character of all time.

Umbridge was designated as Defense Against the Dark Arts teacher at the Hogwarts School of Witchcraft and Wizardry by order of the Ministry in 1995 and was later promoted to Hogwarts High Inquisitor and eventually Headmistress.

Draco Lucius Malfoy was a British pure-blood wizard and the only son of Lucius and Narcissa Malfoy. The son of a Death Eater, Draco was raised to strongly believe in the importance of blood purity. He looked down on half-bloods and Muggle-borns.

However, Draco attended Hogwarts School of Witchcraft and Wizardry from 1991-1998. He sorted into Slytherin House the moment the Sorting Hat touched his head.

Draco was unable to complete his task of murdering Albus Dumbledore, which was later taken over by Severus Snape, and only performed his other duties fearfully and reluctantly. He and his family defected hours before the end of the Second Wizarding War, fearing for their lives.

He, usually referred to as Wormtail or Scabbers, was a wizard and the son of Mr. and Mrs. Pettigrew. Also, He began attending Hogwarts School of Witchcraft and Wizardry in 1971 and sorted into Gryffindor House.

After the Sorting Hat pondered over which house he belonged in for over five minutes, making him a true Hatstall. One of the best Harry Potter villains character of all time.

During his years at Hogwarts, he became one of the Marauders, he was best friends with Sirius Black, James Potter, and Remus Lupin, and together they created the Marauder’s Map.

Bartemius “Barty” Crouch Junior was a wizard and the son of Bartemius Crouch Senior. He became an ardent follower of Lord Voldemort in order to become a Death Eater and Dark Wizard in his teenage years.

Also, He was the first escapee of Azkaban prison in its almost 300-year history, though only his father, late mother, and the family house-elf knew until 1994. When it revealed to Albus Dumbledore, Harry Potter, Minerva McGonagall, and Severus Snape whilst Crouch were under the influence of Veritaserum.

Barty was sent to the 1994 Quidditch World Cup under cover of the invisibility cloak along with their elf, Winky. Winky knew that Barty had always loved Quidditch and persuaded his father to allow him to go out and have some fresh air.

In his youth, Barty described as being a pale young man with straw-colored hair and freckles. In his early thirties, he still had pale, slightly freckled skin and a “mop of fair hair”, but his face was lined, and was much older-looking.

Lucius was educated at Hogwarts, where he was made a prefect in Slytherin House. As an adult, Lucius was an aristocratic wizard and patriarch of the Malfoy family,

believing strongly in notions of blood purity and the superiority of pure-blood wizards. One of the best Harry Potter villains character of all time.

He joined the Death Eaters, who shared his views on blood purity, and participated in the First Wizarding War, becoming Voldemort’s second-in-command. However, he replaced by Bellatrix Lestrange in the Second Wizarding War.

Fenrir Greyback was a werewolf bounty hunter infamous for his general savagery and preference for attacking children.

He was a leader in his community and strived to infect as many people as possible with lycanthropy, hoping to build an army strong enough to eventually take over the wizarding community.

It was he who infected Remus Lupin with lycanthropy when Remus’s father (Lyall Lupin) insulted werewolves and said ‘they deserve nothing less than death’.

Greyback fought in the Battle of Hogwarts, where he at one point attacked Lavender Brown, but incapacitated by Hermione Granger and a crystal ball to the head by Professor Trelawney.

It is likely that after the final battle of the Second Wizarding War Greyback was either killed or imprisoned in Azkaban for life as punishment for the crimes he committed against wizardkind.

Professor Quirinus Quirrell, a half-blood wizard who attended Hogwarts School of Witchcraft and Wizardry and was Sorted into Ravenclaw House. He was the Muggle Studies professor at Hogwarts, though he later became the Defence Against the Dark Arts professor during the 1991–1992 school year.

Before teaching Defence Against the Dark Arts, Quirrell went out in search of Voldemort, believing he could achieve recognition for finding him and could learn things that would ensure that no one laughed at him again.

Corban Yaxley was a Dark Wizard and a Death Eater who fought during the First Wizarding War. Yaxley did not search for Voldemort after his first downfall, but this was forgiven after Voldemort’s return in 1995.

He also fought in several battles of the Second Wizarding War, such as the Battle of the Astronomy Tower. However, When Voldemort was in control of the Ministry of Magic, Yaxley became the Head of the Department of Magical Law Enforcement.

Although, He went on to fight in the Battle of Hogwarts, where he was subdued by George Weasley and Lee Jordan.