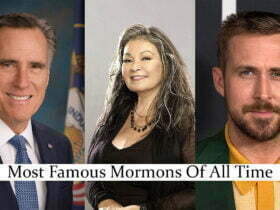 12 Most Famous Mormons You Must Know

Hello guys, In this article, we will be looking for the most popular DMX songs you must listen to. As we all know, DMX(real name Earl Simmons) was an American popular rapper and actor, born on December 18, 1970, & died on April 9, 2021.

In the early 1990s, He began rapping and releasing his debut album It’s Dark and Hell Is Hot in 1998, to both critical acclaim and commercial success, selling 251,000 copies within its first week of release.

In 1999, DMX released his best-selling album, “… And Then There Was X”, which included the hit single “Party Up (Up in Here)”. Also, In 2003, he published a book of his memoirs entitled E.A.R.L.: The Autobiography of DMX.

In 2018, he was sentenced to a year in prison for tax evasion. Following his release in early 2019, the rapper re-signed with Def Jam and was readying an album with multiple high-profile features.

Meanwhile, On September 23, 2019, he told GQ that he didn’t have any reservations about making new music. “The standard that I hold myself to is the same: Better than everything I hear,” he said.

When you scroll up the page you will see the best DMX songs you must listen to.