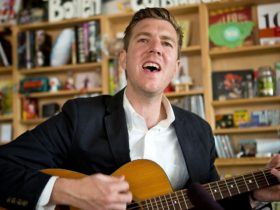 Here we go guys, Siachen Studios presents you 10 best Netflix Original Tv series list you should watch ever in Quarantine.

If we are talking about entertainment, the first thing that comes to our mind is TV series, episodes, movies, so we start finding the best thrilling, comedy, action movies and series, but sometimes we won’t get the actual entertainment thing. So now we are presenting to you the best 10 Netflix original TV series in 2020 you must watch and that all series have thrill drama, with a lot of actions & stories.

Here is the list of best 10 Netflix Originals TV series. Check it out below.

Peaky Blinders is a British period crime drama television series. It is produced by the BBC and is listed as a Netflix original. Here in the states, its first season premiered way back on Sep 12th, 2013 it follows the dysfunctional Peaky Blinders gang in England after the end of World War One. What makes the show great is the special attention paid to the characters’ development fantastic writing high-quality production value and excellent performances from the entire cast. Five seasons are available on Netflix right now and has been renewed for sixth no released date has been announced yet.

Read More – WHICH MIDI KEYBOARD IS BEST FOR FL STUDIO ?

Mindhunter is an American crime thriller television series. This is a mind drama psychological thriller first premiered on Oct 13th, 2017. It all set in the late 1970s and early 80’s it follows a pair of FBI agents along with a psychologist who operates the FBI’s behavioral science unit. They are responsible for interviewing imprisoned serial killers to better understand how they think to help solve ongoing cases. It offers an interesting look into criminal profiling with the performance that will creepy out the second season was released on Oct 16th of 2019.

While intended to run for five seasons minehunter has been put on Etha net whole while executive producer David Fincher works on other projects.

Dark is a German science fiction thriller web television series that made its debut on Netflix on Dec 1st, 2017. It is about the dark past spanning three generations of four families living in a small town in Germany the show’s often may compare to stranger things and while there are supernatural elements involved the mysterious plot is a lot more compelling than the Afra mentioned series all I can say you just watch it and you will understand why it is better two series are available now and third and final season expected in 2020.

Dark explores the existential implications of time and its effects on human nature. It co-created by Baran bo Odar and Jantje Friese.

Ozark is an American crime drama web TV series. It is a crime drama thriller, which premiered in July 2017. It’s about financial advisor played by Jason Bateman living in the Chicago area when a money-laundering scheme goes bad with a Mexican drug cartel he relocates his family to a summer resort community in the Ozarks of Missouri where he gets involved with local criminals this is a well written enacted show that will have you on the edge of your seat.

Two seasons are available now with the third releasing on march 27th 2020. Ozark created by Bill Dubuque and Mark Williams for Netflix and produced by Media Rights Capital.

The Last Kingdom is a British historical drama is based on a series of books by Bernard Cornwell. It premiered in Oct of 2015 and is set in England during the 19th century when it was divided into seven separate kingdoms it follows suit red who was born a Saxon raised by Vikings seeking his ancestral birthright and helping to create a new nation. For the first two seasons, the last kingdom was produced by the BBC with Netflix taking over as the sole producer beginning with season 3 all three seasons are available now on Netflix announced 26 April 2020 as the official series 4 release date.

The Witcher is an American fantasy drama series. The Witcher’s based on the book series of the same name and premiered in Dec of 2019 there’s also a video game series of The Witcher that is wildly popular the story takes place in a fictional medieval world known as the continent. It stars Henry Cavill as mutated monster hunter Geralt of Rivia who possesses a lifespan greater than the avenger human.

The first season does get off to a rough start but does find its footing as the season concludes so don’t give up on it after a couple of episodes. The Witcher has been renewed for a second season to be released in 2021 at the halfway point of the last Kingdon. It produced by Lauren Schmidt Hissrich.

Before the first season had been released, Netflix announced a second eight-episode season, to be released in 2021; production was scheduled to commence in London in early 2020.

Stranger Things is American science fiction, drama-horror web television series. The series follows the supernatural events in a fictional town in Indiana during the 1980s there are now three seasons available on Netflix with the first premiering in July of 2016 and has been renewed for a fourth season while we do enjoy the series and find the storylines to be intriguing who had further fuel to the fire we do find the children in the show could be extremely annoying especially mike he’s just so dame whiny.

Stranger Things created by the Duffer Brothers and released on Netflix. The twins also serve as executive producers with Shawn Levy and Dan Cohen.

The Crown is a historical drama web television series about the reign of Queen Elizabeth II. The show covers a large gap of time new actors are cast every two seasons the crown premiered on Netflix in November of 2016 three seasons in total have been released and has been renewed for an additional two season but the fifth and final season covering the region of the Queen into the 21st century.

Series The Crown created and principally written by Peter Morgan, and produced by Left Bank Pictures and Sony Pictures Television for Netflix. The series covers Elizabeth’s life from her younger years to her reign in the 21st century, and with new actors being cast every two seasons.

Narcos: Mexico is an American crime drama web television series & a companion series to the original narcos that was set in Colombia and ran for three-season. The series created and produced by Chris Brancato, Carlo Bernard, and Doug Miro that premiered on Netflix on November 16, 2018. Narcos Mexico takes place in the 1980s.

On December 5, 2018, Netflix renewed the series for a second season, which premiered on February 13, 2020. No announcement has been made yet for the 3rd season.

Read More – TOP 10 MOST VIEWED EDM SONGS IN THE WORLD

After Life is a British comedy-drama web television series created, produced and directed by Ricky Gervais who is also the star. The stars Ricky Gervais as Tony Who’s nice-guy persona is altered after the sudden passing of his wife making life hell for those around him if you’re a viewer that gets easily offended the first few episodes might be difficult to get through but, if you can make it through the end of the first season you will be glad you watched it after has been renewed for the second season.