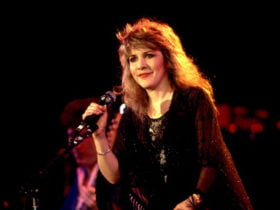 The Pop Smoke’s upcoming album is ready for release on Friday (July 3), and designer Virgil Abloh was behind the unique album artwork that was first shared on Monday night time (June 29).

“Hey Virgil we need new album art, they ain’t going for this bullshit,” he wrote yesterday (June 30). “Love ya work let’s get to it.” Then 50 shared over 35 fan-submitted designs for Pop Smoke’s album artwork. Check out all the artwork below.

Pop Smoke followers have been submitting their very own cover designs on-line following the backlash over Abloh’s authentic artwork, with 50 Cent, who’s an executive producer on the upcoming album, showcasing numerous these designs on his own Instagram account after criticizing Abloh’s work.

Earlier this week, The Pop Smoke’s manager said that ‘the posthumous new Pop Smoke album artwork will be changed after fans reacted negatively to its unveiling.’ Victor wrote on Instagram, “you were always shootings for the stars and aiming for the moon. everything we talked about is happening, the only thing is you’re not here in the flesh to see it all come together. you wanted Virgil to design your album cover and lead creative.