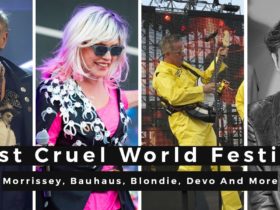 English electronic music group, Above & Beyond has dropped their new single named ‘I Saw Good’ from Anjunabeats New Releases (Trance and Progressive). Listen to the full track below.

Above & Beyond pull back the curtain on long-awaited instrumental, ‘I Saw Good’, which featured on their recent Anjunabeats Volume 15 compilation.

The track had recorded in the same period as ‘Flow State,’ the band’s ambient album for yoga and meditation, ‘I Saw Good’ has been tucked away in A&B’s studio vault since its debut at Group Therapy 350 in Prague last October. The boys gave her a final lick of polish during the lockdown.

“We hope the title says it all when it comes to this record.” Above & Beyond said, “In these difficult times, it feels more important than ever to see the beauty in the people and the world around us. We hope you can see the good in others too.”

Above & Beyond New Single ‘I Saw Good’

Above & Beyond – I Saw Good Out Now! Like this track? Download and stream the full track by clicking here.

Last month, Above & Beyond dropped ‘Anjunabeats Volume 15’ celebrating their 20th anniversary. The new volume sees imprint favourites and debutants alike combine for a unique, 34-track compilation mix put together by Tony of Above & Beyond.

‘Anjunabeats Volume 15’ consists of two different CDs, the first part arrives as more of a deep, progressive mix in the typical styles of Anjunadeep, building into the second where Tony adopts more staple trance anthems for which the iconic label is so well renowned.

On 21th June, Above & Beyond has released its new latest club mix and extended club mix named ‘Reverie‘ featuring Zoë Johnston via Above & Beyond’s own Anjunabeats.