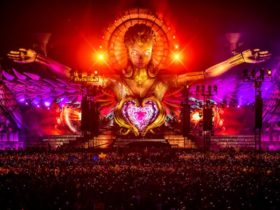 English singer & songwriter, Adele has unveiled her first-ever live show next year Since 2017. Check out the full post & dates below.

Adele will perform at London’s Hyde Park on July 1 and 2, returning to the stage for the first time since 2017. She announced her first concert in support of her next upcoming album, 30.

In a recent interview with Vogue, Adele revealed that the album features collaborations Greg Kurstin, Inflo, Max Martin, Shellback, Ludwig Göransson, and Tobias Jesso Jr. She also noted that “Easy on Me” is the first song on 30.