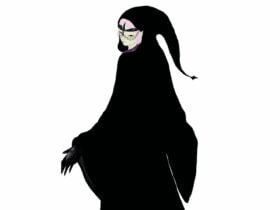 Skrillex Returns With Bobby Raps For New Banger, ‘Leave Me Like This’ – Listen

British-Norwegian DJ and record producer, Alan Walker has released his long-awaited new album named “World Of Walker.” Listen to the full album below.

The album features 15 tracks including, Time, Man On The Moon, ALon, Pt. II, Paradise, Out Of Love, Red Nexus Rising, Sorry, Fake A Smile, On My Way, World We Used To Know, Drone Wars, Heading Home, Ok, Hummell Gets The Rockets & Not You.

Walker said, “World of Walker OUT NOW! I’ve been waiting to say that for so long. I can’t believe the album is finally here. Incredibly grateful to be able to work with such talented artists and also Walkers on making all of this happen! To make it even more special, I have teamed up with @spotify , so keep an eye out for the Enhanced album. Thank you to everyone who has been a part of this project with me 🖤 #worldofwalker”

“World Of Walker is finally where it belongs. With Walkers all around the world. Thank you for inspiring and being part of the creative journey. I hope you enjoy the album as much as I did creating it. Let’s continue growing together. Lastly but certainly not least, I want to thank the super talented @Emma Steinbakken,” Alan Added.