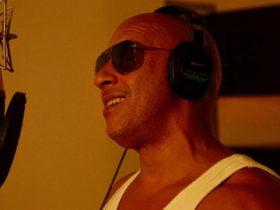 Finally Alone, Pt. II is here now, The EDM artist Alan Walker and American singer Ava Max new collaboration video called “Alone, Pt. II” has released now, we had been waiting for this video for a long time and now it is here.

Walker released its first part 3 year ago, the Alone part 1 got crazy response from fans and the Alone has 991M+ views on Youtube. hopefully the Alone, Pt. II will break all the records.

Walker said that :- “The music video for my brand new single “Alone, Pt. II” with Ava max is finally here. This is the second chapter, continuing the story from the On My Way music video revealing many unanswered questions. I hope you like it, and are as excited as I am!”

Watch Here the Official video of “Alone, Pt. II” by the most famous artists Alan Walker and Ava Max. Hope you like this music and must share with your friends.

Alan Walker & Ava Max Releases Alone, Pt. II is OUT NOW! Like this track? Download or add it to your favourite Spotify/Apple Music playlist by clicking HERE: CLICK_HERE

Ava Max(Real Name Amanda Ava Koci) is an American singer and songwriter. The single “Sweet but Psycho” became her breakthrough song when it topped the charts in 26 countries