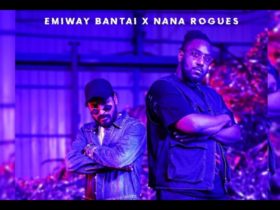 Australian EDM producer, Alison Wonderland has teamed up with DJ, Valentino Khan for the new EDM song called ‘Anything.’ Listen to the full song below.

This track is totally for Alison fans because its music is so unique and everyone adores this. After a very long time, she collaborated with Valentino Khan on new music. The 120 BPM superlative starts with ethereal and deplorable impressions which are later added by Wonderland’s delicate yet emotional vocals. Because the music pushes forth, the tempo gets up, instating a four-on-the-floor drop disparate from the entice stylizations related to the 2 acts.

Recently, Alison Wonderland dropped her latest banger track, ‘Bad Things,’ The track is the first official track since she released one-off single ‘Peace’ in 2019. Before this, Wonderland dropped a transformative cover of Smashing Pumpkins’ 1993 track ‘Disarm’ at Lollapalooza’s virtual 2020 event.

In the meantime, Khan’s 2018 remix of Wonderland’s festival favorite “Good Enough” supplied a preliminary style of the crossover endeavor, “Anything” affirms that it was actually high-time for a more recent, extra formal notch in one of the best friends’ collaborative belt.