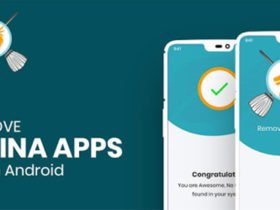 British musician, Aphex Twin has teased his new project(a new series of posters) through billboards & posters in cities across the world. Check out the post below.

It seems like something massive is on the way by Aphex. Yesterday (7th October) Wearenovation shared a sequence of pictures on Instagram of the artwork on show within the aforementioned cities. The project seems to be a collaboration with the electronic music gear manufacturer Novation.

In the series of picture, we can see, a red version of Richard D. James’ Aphex Twin logo has been appeared in new artwork that has gone up in the past week in cities such as Los Angeles, Berlin, London and Bristol.

Novation wrote on Instagram, “more information is incoming on October 20”, with the hashtag #WeAreNovation suggesting that their latest collaboration with Aphex Twin, possibly on a new piece of software or hardware, is imminent.

Aphex Twin(Read Name Richard David James) is a British musician. He is best known for his idiosyncratic work in electronic styles such as techno and ambient music in the 1990s, and has also been associated with the electronic subgenre known as intelligent dance music.