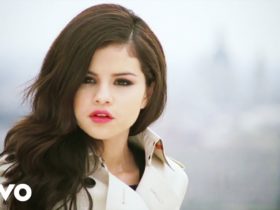 One of the insiders has revealed that Ariana Grande will be the next collaborator partner of Travis Scott’s new single ‘Called My Mind‘. It will be an amazing team-up if it is true.

One of the Grande’s fan page grand bae shared collaboration news on Instagram and wrote that “An insider has revealed that there is a collaboration between @TravisScott and @ArianaGrande, which is titled “called my mind” being a ballad with trap/hip-hop scenes.”

No official news has confirmed by Ariana and Travis yet.

Ariana did last collaboration with Lady Gaga, on 22nd May, Lady Gaga and Ariana Grande released their new collaboration brand new track ‘Rain On Me.’ The single ‘Rain On Me‘ will appear on Lady Gaga’s Chromatica, which arrived on May 29th via Interscope.

“Gotta live my truth, Not keep it bottled in/So I don’t lose my mind, baby,” Grande sings over hand clapped beats. After exchanging lines, the pair sing together: “I’ll never be troubled/At least I’m alive/Rain on me, rain, rain/Rain on me.”

On 30th June, The American rapper, Kanye West has teamed up with Travis Scott for the brand new hip hop video song called ‘Wash Us In The Blood‘. The track is the first single off West’s upcoming album God’s Country.

In the newest visual video, which included various clips starting from previous live performance to split-screen pictures of people fighting, twerking, and dancing to even an online game version of Travis Scott making a cameo.