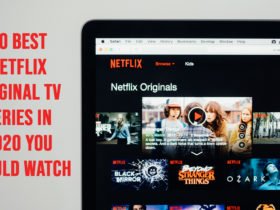 10 Best Netflix Original TV Series In 2020 You Should Watch

Now it marks No. 1 on the billboard, On 23rd Oct, Ariana officially released the track, Positions on all streaming platform, directed by Dave Meyers. It is Produced by Nathan Scherrer & Whitney Jackson, & performed by Ariana Grande. In the music video she is looking very gorgeous, also, Ariana’s character describes her as a president, she holding press conferences, mulling over decisions in the Oval Office, walking her dogs on the White House grounds.

MUST READ – Lady Gaga Perform Two Songs, During Her Speech, At Biden Rally

On 30th Oct, she officially released her brand new sixth studio album, ‘Position.’ The album features 14th tracks, including, Shut Up, 34+35, Motive Ft. Doja Cat, Just Like Magic, Off The Table Ft. The Weeknd, Six Thirty, & Many more. The album, positions marks her sixth studio album and her fourth record in the last three years.

Meanwhile, In 2020, Ariana Grande performed “thank u, next” & “7 rings” at the 62nd Annual Grammy Awards. (She was also nominated for five awards at the ceremony.) Then after the Grammys, she had a cameo on SHOWTIME’s Kidding. In May, Grande featured on two massive songs: “Stuck with U” ft. Justin Bieber and “Rain on Me” Ft. Lady Gaga.

READ MORE – Cardi B Dismiss Her Divorce Against Offset