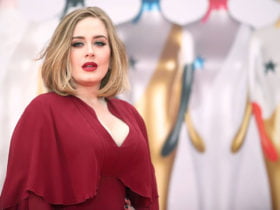 The American metalcore band ‘As I Lay Dying‘ has revealed their debut gig India tour 2020 lineup. The Bohemian Live is organizing this tour, the line up of the show will be in these city’s Bangalore, Delhi on 10th Jan and Guwahati on 12th Jan.

The Indian Music Diaries has shared a post, in which they are telling us the line up of ‘As I Lay Dying‘ India tour 2020. We are so excited about this show and special point is that, this is their first show in India. First day tour has already happened in Bangalore yesterday, but don’t worry 2 line ups are still remaining, So grub your tickets first until it get over and enjoy your new year month.

The Indian Music Diaries wrote with the post is :- “Trample @timlambesis, front man of American metal band @asilaydying performs a mid-air manoeuvre during the band’s debut gig in Bangalore, India at @cultfestindia lite yesterday. The band will head to perform at Bighorn festival in Delhi on the 10th and @fireballofficial_ig festival in Guwahati on the 12th of January. The three city tour of the band has been organised by Bangalore based agency @bohemianlive.”

The Clutfestindia also uploaded a photo, where they are showing us a poster and line ups of the events.

Added to Clutfest India status :- “VENUE UPDATE! Excited to announce @skydeckblr as our venue for CultFest. It’s an amazing open air space and will witness it’s first metal concert.
We are also stoked to have @thewaverlyblr @vrbengaluru as our hospitality partners! ?
Get your tickets on @skillboxofficial“

The As I lay Dying shared a Bangalore event post, where people is looking so excited about the show.

As I Lay Dying is an American metalcore band from San Diego, California. Founded in 2000 by vocalist Tim Lambesis, the band’s first full lineup was completed in 2001. The band has released seven albums, one split album, and two compilation albums.