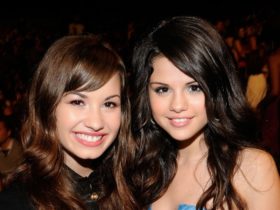 The track is also Ferg’s third collaboration with Nicki Minaj, following Ferg’s “Plain Jane” remix and “Runnin” from the Creed II OST. Speaking about the track, Ferg, and MadeinTYO hooks the rap, Nicki has the most extensive verse out of the three of them, kicking off with a Juice reference and ending with a shoutout to Rogue from X-Men.

After a long time, Ferg released his new track, before this track, he collaborated with Big Sean on “Bezerk”  last September. In a press release, he teased that a sequel to his 2019 Floor Seats EP would be coming soon.

In between, she squeezes in a few of her favorite excessive fashion brands and most iconic hairstyles: “Saint Laurent all on my shades, then I pull up in a cherry Mercedes, yay/Strawberry shortcake hair, Chinese bangs with my two braids, ayy.”

The Trinidadian-born rapper, Nicki Minaj has revealed that she is pregnant. She shared her three baby bump image on her Instagram account and wrote the caption, “Love. Marriage. Baby carriage. Overflowing with excitement & gratitude. Thank you all for the well wishes,” “chubble!!! go, mommy,” and “#Preggers 💛”

On 12th June, Nicki Minaj has teamed up with Tekashi 6ix9ine and released the new collaboration track called ‘Trollz.’ The track follows 6ix9ine’s “Gooba,” which is the first tune he revealed slightly more than a month after being released from prison early because of coronavirus issues.

Nicki also contributed to a remix of Doja Cat’s hit single “Say So.”