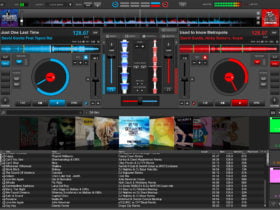 What Is New In VirtualDJ 2021 Advanced Technology?

Their new album follows last year’s The Day Before Halloween. The new track is Written & performed by Slug, Aesop Rock and MF DOOM, Produced by Ant.

Also, In June, Your Old Droog has teamed up with Late rapper, MF DOOM for the new song named “Dropout Boogie.”