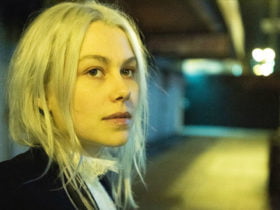 He wrote about the album, “A strange, mystical planet appears in orbit above us overnight. Panic ensues, while a few among us congregate to embrace this sign from the stars.

“On the planet, we meet a range of wonderful creatures suited to their environment. This is PLANET’S MAD…The second album from the twisted mind of Baauer.”

The producer adds that he began conceptualizing Planet’s Mad by creating a whole bunch of 30-second lengthy loops. Whereas he felt that a lot of these snippets of music were excellent at that size, he knew he wanted to make them longer.

“I wanted to make an album sort of like ones I really loved when I was a teen, which were instrumental, kind of conceptual electronic albums by people like Fatboy Slim, Daft Punk, Chemical Brothers and The Avalanches,” Baauer says.

“Those were albums I really loved listening to, so I wanted to give it a shot and build my own world the way I thought those artists did.”