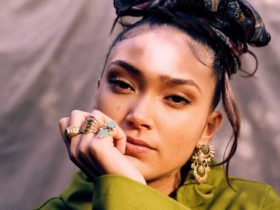 Joy Crookes Drops Brand New Song ‘Anyone But Me’

“I like to prepare myself and prepare the surroundings to work my music,” Bad Bunny tells Apple Music about his process. “But when I get a good idea that I want to work on in the future, I hold it until that moment.” After he blessed his fans with three projects in 2020, including the forward-thinking fusion effort EL ÚLTIMO TOUR DEL MUNDO, one could forgive the Latin superstar for taking some time to plan his next moves, musically or otherwise.

Somewhere between living out his kayfabe dreams in the WWE and launching his acting career opposite the likes of Brad Pitt, El Conejo Malo found himself on the beach, sipping Moscow Mules and working on his most diverse full-length yet. And though its title and the cover’s emoting heart mascot might suggest a shift into sad-boy mode, Un Verano Sin Ti instead reveals a different conceptual aim as his ultimate summer playlist. “It’s a good vibe,” he says. “I think it’s the happiest album of my career.”

Meanwhile, Bad Bunny will star in the upcoming Marvel film El Muerto, portraying an antihero who exists in the same universe as Spider-Man. The role will make Bad Bunny the first Latino actor to headline a live-action Marvel film.