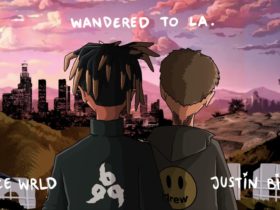 The hitmaker Indian hip hop artist Badshah has hinted that his long-awaited upcoming album is on the way. It seems like he has completed his new album work.

Badshah shared a post on his Instagram with the one-word caption, ‘TPODOAK‘ and he mentioned in the post, “New Album,” he hasn’t disclosed the album name. However, as he had previously revealed that, he has been working on his upcoming album called ‘3 AM Session,’ so it is hinting that he is talking about it but, we can’t say that officially.

He released some singles like ILZAAM, Interstellar, Therapy from his album ‘3 AM Session’ so far. When he dropped his latest song ILZAAM he confessed about 3 AM Session, “3:00 AM Sessions is the most personal body of work I have been able to put together. It has stories, it has fantasies, it has ambitions, it has confessions. The only thing it does not have is lies. This is Me with no layers. I am scared to put it all out but can’t hold it back any longer. It is my redemption.”

In April, During the live Instagram session with Bollywood Hungama, Raftaar breaks the silence on this topic and opens up with his true opinion on collaborating with Badshah.

Last year, Badshah announced his upcoming album with cover art on his Instagram and wrote the caption, “THE ALBUM. There is a lot that I want to share with you guys, a lot which I don’t share on social media, a lot which is unsaid in the interviews. The journey and everything around it. This is lyrical. This is hip hop. My 3 am sessions. Drops soon”