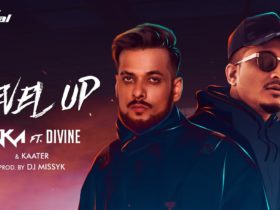 The Indian rapper and Punjabi singer, Badshah is so excited about his upcoming album ‘The Power of Dreams of a Kid.’ Check out the post below.

Badshah took to twitter and wrote that “2 days to go. Beyond excited to present this Album to you guys. Hear the tease from the next track on the album? I got a Clout! with three hashtags #ThePowerofDreamsOfAKid #TPODOAK #Clout”

As we all know, the full album will be releasing on 7 August 2020. On 25th July. This week, Badshah released his first single named ‘SHURU‘ from his upcoming album ‘The Power of Dreams of a Kid.’ Watch the full video song by clicking here.

He assigns all credit of achieving success to hard work and the importance of failure and negates the concepts of only-fate-matters.

The track, ‘SHURU’ is the Intro track of the album, and Badshah’s story of a relentless pursuit of his dreams since the first time he wrote his first Rap and his teachers called him crazy to this day of being Badshah in spite of the trolling and judgment.

On 7th June, Badshah hinted that his long-awaited upcoming album is on the way. It seems like he has completed his new album work. This album will blast the desi hip hop style.

Earlier this month, Badshah officially announced about his upcoming new album – ‘The Power Of Dreams Of A Kid’ #TPODOAK.