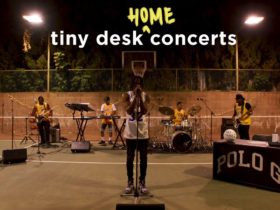 American singer and songwriter, Bebe Rexha has joined forces with Lil Uzi Very for the incredible collaboration track, ‘Die For A Man.’ Watch the full video below.

The track is taken from Bebe’s upcoming album, ‘Better Mistakes,’ which will be released on 7th May, Pre-save/pre-order now by clicking here.

She sings, ‘If you ever were to say goodbye / Wouldn’t fret I wouldn’t even cry / And if you decided you didn’t love me anymore / That’s alright, yeah that’s alright,’ then Lil Uzi joins her and sings, ‘I would never die for a woman / Cuz women got other men too / I only die for my gang / That’s the only way I would die for the money if the sh*t was all blue.’

Recently, she shared her first single, ‘Sabotage,’ from the album, ‘Better Mistakes.’ she said. “It’s just as beautiful as it is painfully honest. I admit to getting in my own way when things are going well. I know I am not alone in experiencing self-sabotage during life’s most precious moments, and this ballad is an acknowledgment that sometimes we are our own worst enemy.”

Bebe Rexha – Die For A Man (feat. Lil Uzi Vert) Out Now! Like This Track? Stream & Download The Full Song By Clicking Here.