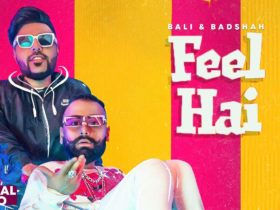 Today(8th Nov), Bella surprisingly announced the new album while releasing a new single, “Home ‘The Announcement‘,” he captioned the song, “I Know Who I Am & Where I Belong – ‘Some Mysteries Must Never Be Solved’,” something new and massive is on the way by Bella.

The track is performed & Lyrics is given by Bella, Mix\Master – Bella, Music is produced by Hamdi. Meanwhile, Bella released 4 tracks, ‘Narco,’ ‘Laapata,’ ‘Chokas,’ and ‘Baarishein‘ from The ‘One Hit Wonder’ Mixtape 2020.

Coming to the new single, Bella use the Hollywood movie clip in the video, the track has fire beats with rhyming vocals. It seems like he would be released a new album at the start of the new year(2021), he has not unveiled the releasing date or tracklist yet. He also said that “I’M COMING FOR EVERYTHING YOU WISH FOR.”

Bella ‘Home – The Announcement’ Out Now! Like This Track? Stream & Download The Full Song By Clicking Here.

Recently, He teamed up with Byg Smyle for the latest desi hip hop track, ‘Hellelujah’ & FFA(FREEVERSE FRIDAY AGAIN), which was performed by Bella & Byg Smyle, music produced by “PREMISE On The BEAT.