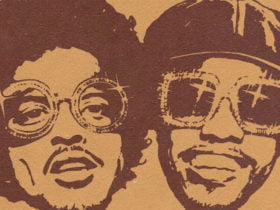 American singer, Beyoncé has won the award for the Best R&B Performance at the 2021 Grammy Awards. Watch her shocking reaction below.

Beyoncé now became the most-awarded woman in Grammys history, overtaking bluegrass singer Alison Krauss. “I am so honoured, I’m so excited,” she said while accepting her record-breaking trophy, for best R&B performance.

Beyoncé’s 28th Grammy was presented in honor of Black Parade, a celebration of black power and resilience, which she released last year. “As an artist, I believe it’s my job to reflect the times, and it’s been such a difficult time,” she said.

“So I wanted to uplift, encourage, celebrate all of the beautiful black queens and kings that continue to inspire me and inspire the world”. She added. Also, Beyoncé won Best Rap Performance and Best Rap Song for “Savage,” along with Best Music Video for “BROWN SKIN GIRL.”