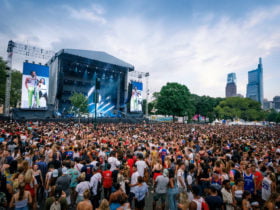 The American rapper and singer, Big Sean has officially announced the releasing date and cover art of his brand new upcoming album ‘Detroit 2.’ Check out the post below.

The album will be released on 4th Sep 2020 (next month). On 25th March 2020, Sean teased the album while sharing the video on Youtube, and now he finally revealed the dates.

On Monday night, Big Sean shared the cover art of ‘Detroit 2’ via social media with the releasing date and wrote, “My fifth album #Detroit2 September 4th 🌎✊🏾🌹🖤 🌟 🙏🏾.” Pre-save the full album by clicking here.

He added on Twitter, “I feel nothing but happy! Finally done recording #D2 Time for mixing.” Meanwhile, Big Sean also unveiled a line of “Detroit 2” themed merchandise at his online store, including a branded face mask.

He hasn’t disclosed the tracklist yet, or nor whether Sean will probably be tapping in with some heavy hitters. But given his status and previously collaboration report, it wouldn’t be shocking to see a couple of big names hopping aboard. Either means, it is possible we’ll get an update or two within the coming weeks, so wait for Detroit 2 until dropping on September 4th.

Still, in this present period, the turnaround time for albums has never been quicker, and it is clear that Sean is ready to transfer on the momentum he is built over the previous few months.