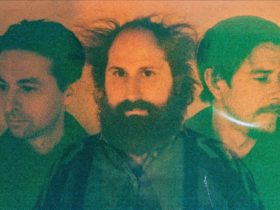 The music artists Billie Eilish and Finneas have performed live to support America’s small businesses on #PayItForwardLIVE. This was a 50-minute set that saw Eilish drawing on her acclaimed debut album.

This was a 50-minute set that saw Eilish drawing on her acclaimed debut album. The live stream is to support America’s small businesses on #PayItForwardLIVE.

She added: “When we talk about this song, my mom says it feels like being a parent to her. I’m sure it’s terrifying to be a parent, I’ve got a new dog and you always just want to protect them and make sure they’re safe.”

Billie Eilish Pirate Baird O’Connell is an American singer and songwriter. She first gained media attention in 2016 when she uploaded the song “Ocean Eyes” to SoundCloud, and it was subsequently released by the Interscope Records subsidiary Darkroom.