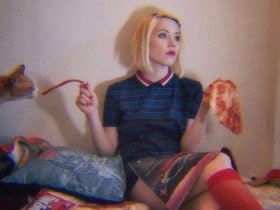 Billie Eilish shared the teaser video on her Instagram and wrote, “BILLIE EILISH: THE WORLD’S A LITTLE BLURRY” – IN THEATERS AND ON APPLE TV+ IN FEBRUARY 2021.”

The new documentary will be released in theaters and on Apple TV+ in February 2021. Recently, Billie Eilish has nominated for Billboard Music Awards 2020 with BTS, Taylor Swift, Post Malone, Lizzo, Ariana Grande, and many more.

Last month, She shared the ‘Tiny Desk Home Concert‘ video, where she played her two songs “my future” and “Everything I Wanted” with brother Finneas. Meanwhile, she performed her latest single ‘My Future‘ first time at the 2020 Democratic National Convention.