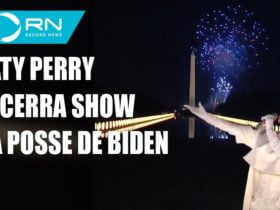 The new single, ‘My Future’ marks her second single this year, following the titular theme song she recorded for the next film in the James Bond franchise ‘No Time To Die’. On releasing day Eilish said about the song, “It’s a song that’s really really personal and special to me when we wrote this song, it was exactly where my head was at hopeful, excited and a crazy amount of self-reflection and self-growth.”

In second video Billie Eilish told to followers to vote for Joe Biden in the forthcoming presidential election.

“Donald Trump is destroying our country and everything we care about,” Eilish said. “We need leaders who will solve problems like climate change and COVID, not deny them. Leaders who will fight against systemic racism and inequality. And that starts by voting for someone who understands how much is at stake.

She added, “Someone who’s building a team that shares our values. It starts with voting against Donald Trump and for Joe Biden.”

On 29th May, Billie Eilish released a stunning new video about body image. She has posted about body image in the past over social media. Last year she posted a picture of herself in a bikini and surprisingly had some bad backlash from people.