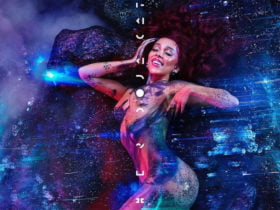 American singer Billie Eilish’s parents have considered sending their daughter to therapy because of her obsession with Justin Bieber.

In a recent episode of Eilish’s Apple Music radio show me & dad radio, the chart-topper and her father, Patrick, welcomed Eilish’s mother, Maggie Baird, as a special guest. In an interview, her mum revealed how extreme her daughter’s passion was, saying she would cry while listening to his music.

“I just want to say, we did consider taking you to therapy because you were in so much pain over Justin Bieber.

“I remember this one really well and the video and Billie talking about it, and being excited it was coming out, and just crying and crying,” her mom added. “Everyone knows the whole Billie/Justin Bieber thing, but this song was a big part of it.”

Eilish said she would become emotional while watching Bieber’s music video for his 2012 hit As Long As You Love Me. “I would watch the music video for this song and just sob.”

The two went on to finally meet and even work together. In July of last year, Eilish and Bieber collaborated on the “Bad Guy” remix. Bieber even posted a photo of a young Eilish in her room, surrounded by posters of himself.