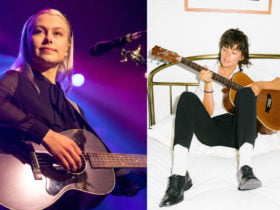 The track is taken from the upcoming album, ‘Happier Than Ever,’ directed by Billie Eilish, which will be released on JULY 30TH, via Darkroom/Interscope.

According to a press release, Eilish wrote Happier Than Ever with her brother FINNEAS, who also produced the LP. The new album includes only “my future” and “Therefore I Am.”