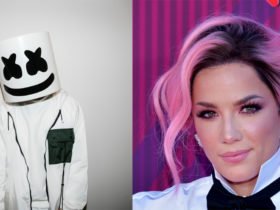 Marshmello Team Up With Halsey For The New Song ‘Be Kind’

She says, “ovule for me is my definition of love it is a meditation about us as lovers walking around this world and I imagine 2 spheres or satellites following us around one above us that represents ideal love one below us representing the shadows of love and we ourselves walk around in the third sphere of real love, where the everyday Monday-morning meet-in-the-kitchen-love lives in”

The song will appear on her 10th studio album ‘Fossora’, which is due for release on September 30 via One Little Independent Records.