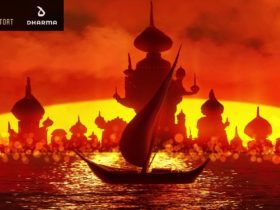 South Korean girl group, Blackpink has unveiled that, they are going to releases their upcoming first studio album. Check out the announcement below.

On 28th July(Today), the girl group’s South Korean management company YG Entertainment announced, The Long-awaited first studio album will be released on October 2. The Album is the first full-length release from the act since their first singles arrived in 2016.

MUST – READ – BTS New Song Will Release Next Month

The studio album will be preceded by a single from the actin August, which the group has previously teased on social media, hinting to a mystery collaborator. Last Month, Girl group Blackpink released their brand new music video called ‘How You Like That.’ The track “How You Like That” is Blackpink’s first solo single since the group released “Kill This Love” in April of 2019.

Blackpink’s new music video “How You Like That” also created a new record with 81 million views within 22 hours. The last record for 70 million views was held by BTS’s “Boy With Luv” at 21 hours and 15 minutes.

The Album is certain to be well-received by the act’s eager fandom, recognized collectively as Blink, who’ve commonly inquired concerning the whereabouts of the act’s highly-anticipated first studio album.

Except for the release date and the duo of songs, plus its regal black and white teaser imagery, little is as-of-yet known in regards to the musical contents The Album. However, in a social media post, YG announced that it, like many K-pop albums, will feature special The Album-specific particular items within the packaging for physical copies of the CD, such unique photograph books, photograph playing cards, lyrics books, and posters.

The album and various merchandise, including digital album bundles, are available for pre-sale on the act’s website.