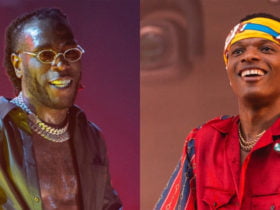 K-Pop girl group BLACKPINK’s singer, Rose announced that she will release her debut solo album this month. Check out the post below.

Rose shared the two album cover teaser poster from the upcoming album on Instagram & mentioned that the first-ever solo project will release on 12th March. She has not shared the tracklist yet.

In Jan, Rosé first announced her solo project with a 30-second visual teaser. It also included an audio snippet of ‘Gone’, the B-side of the upcoming project which she later debuted live during BLACKPINK’s first virtual concert, The Show.