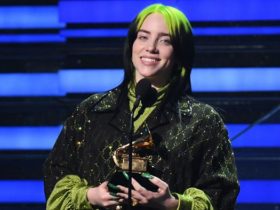 K-Pop boy band, BTS announced that they will release their concert film named ‘BREAK THE SILENCE: THE MOVIE‘ next month, directed by Park Jun-soo. Check out the post below.

BTS_official shared the news on his Twitter account and wrote that, “<BREAK THE SILENCE: THE MOVIE> coming soon!.”

The upcoming movie, ‘Break the Silence’ guarantees to offer followers unprecedented entry to the group as they travel the globe on their 2019 Love Yourself: Speak Yourself tour, which took them from Los Angeles to London, Osaka, and Riyadh, amongst many different stops.

In a release promises, “Offstage, we see another side of BTS. The seven members begin to candidly tell personal stories they have never voiced before.”

Marc Allenby said, “We’re delighted to partner with Big Hit Entertainment on the release of BREAK THE SILENCE: THE MOVIE, which gives fans extraordinary access to both their first international stadium tour and all seven members of BTS. We look forward to welcoming the ARMY back to cinemas for the fourth time for this must-see BTS big screen experience.”

They said about the track, “We have prepared a new single for ARMY, set for August 21, we are preparing an album for the second half of this year,

“but decided to first release a single because we wanted to reach our fans as soon as possible.” They continued, “Due to COVID-19, people around the world have been going through tough times and we wanted to share some positive energy with our fans.”