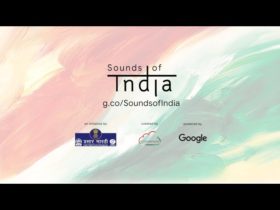 The K-pop boy group, BTS has released their first official trailer of the upcoming movie ‘Break The Silence: The Movie.‘ Watch the trailer below.

BTS has shared the news via Twitter and wrote that, “<BREAK THE SILENCE: THE MOVIE> Official Trailer 1.” In the 30 sec video, Jimin says: ‘They are the ones I spent the most precious and brilliant moment of my life [with]. That’s how I would describe them.’

Last week, BTS announced that they will release their concert film named ‘BREAK THE SILENCE: THE MOVIE‘ next month, directed by Park Jun-soo. In the movie, BTS ARMY will be getting an insider look at BTS World Tour ‘Love Yourself: Speak Yourself’ from last year while the “seven members begin to candidly tell personal stories they have never voiced before.”

“Offstage, we see another side of BTS. The seven members begin to candidly tell personal stories they have never voiced before.” In a release promises.

Marc Allenby said, “We’re delighted to partner with Big Hit Entertainment on the release of BREAK THE SILENCE: THE MOVIE, which gives fans extraordinary access to both their first international stadium tour and all seven members of BTS. We look forward to welcoming the ARMY back to cinemas for the fourth time for this must-see BTS big screen experience.”

Today, BTS’s record label Big Hit Entertainment announced the new BTS MAP OF THE SOUL ON:E concert tour this year. Also, BTS can be dropping their next album in the fourth quarter of 2020 between October-December. After a long this, it is going to be the first offline performance event for BTS.