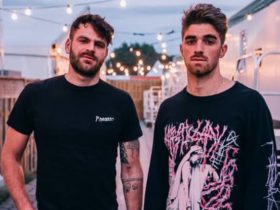 The Chainsmokers To Release New Music, “High” Tomorrow Since 2019

The Boy band BTS has rescheduled its ‘Map Of The Soul’ 2020 tour due to COVID-19. The announcement was made on April 28.

MUST READ – MUSICIAN TROY SNEED DIES AT 52 FROM COVID-19

Big Hit Entertainment has officially announced the decision of rescheduling. The concert events had been canceled due to public health considerations over COVID-19.

BTS was scheduled to start holding concert events in North America in late April, with the US tour dates then being postponed, they usually had been also presupposed to be performing in Europe and Japan until the tour wrapped up in September.

According to the statement from their label Big Hit Entertainment on WeVerse said: “Due to the nature of BTS concerts involving travel by thousands of international fans no matter where the performances are held, it is also difficult to resume the tour with the current strict restrictions on cross-border movement still in place.”

“Moreover it is impossible at this time to predict when the first performance marking the start of the tour will be able to begin. Therefore we have made the difficult decision to suspend the previously-announced tour schedule and develop a new schedule.”

Check out the official announcement here.