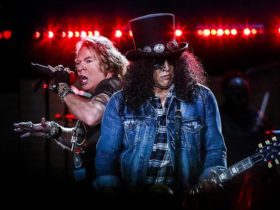 The track will be released on 21st May, It is BTS’s latest single release of 2021, and it will be a surprise for its fans. It’s not clear that if “Butter” will appear on a BTS new album, EP, repackaging, or, possibly. Pre-save the full song by clicking here.

MUST READ – Billie Eilish Teases New Track, ‘Happier Than Ever’

Also, They performed at a Tiny Desk(home) concert, where they played three songs “Dynamite,” “Save Me,” & “Spring Day.” Recently, The K-Pop band dropped a new cut named “Film Out,” which became a global hit just a few weeks ago.