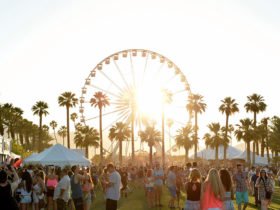 Coachella 2020 Officially Rescheduled To Next Year

RM said on his SNS that he has been preparing for the album since early 2019. With the single, RM became the third member to debut as a solo artist after J-Hope and Jin. RM has previously shown his own musical ability by releasing mixtapes, including RM and MONO.