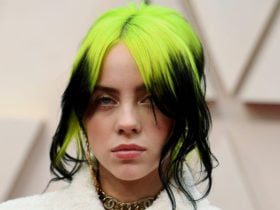 Korean boy band, BTS has performed at a Tiny Desk(home) concert, where they played three songs “Dynamite,” “Save Me,” & “Spring Day.” Watch the full video below.

“Ultimately, it took a worldwide pandemic, and the launch of Tiny Desk (home) concerts again in March, to make one thing happen. With BTS cooped up in Seoul, the group held true to the sequence’s spirit by convening a live band for its Tiny Desk debut, and even organized to perform in a workspace with a music-friendly backdrop: the record store VINYL & PLASTIC by Hyundai Card in BTS’s hometown.”

The Tiny Desk is working from home for the foreseeable future. Introducing NPR Music’s Tiny Desk (home) concerts, bringing you performances from across the country and the world. It’s the same spirit — stripped-down sets, an intimate setting — just a different space.

Meanwhile, On 21st Aug, BTS released a brand new colorful video named ‘DYNAMITE‘. In the video, we can see all the members of BTS dancing alone in multiple sets, in a bedroom, in a diner, in a record store – before dancing across an array of glossy, technicolor backdrops.

Also, BTS could be dropping their next album in the fourth quarter of 2020 between October-December. Big Hit Entertainment announced the new BTS MAP OF THE SOUL ON:E concert tour will take place this year.