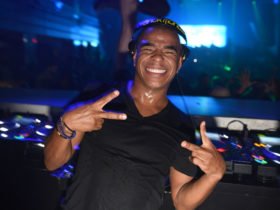 ‘Hypnagogic’ & ‘CP-1’ From ‘Love Regenerator’ Out Now! Like this track? Download or add it to your favourite Spotify/Apple Music playlist by clicking HERE: http://clvnhrr.is/LoveRegenerator1?IQ…

Read More :- Taylor Swift’s New Song “Only The Young” Will Be Releases With Her Netflix Documentary

The music artist/DJ Calvin Harris has released his two new tracks named ‘Hypnagogic’ & ‘CP-1’ From his new project ‘Love Regenerator’. Last week, he announced that, on his Twitter page: “Start of a new project for me this Friday!” He also shared an image of the release’s artwork.

Harris said that, they were inspired by “early rave, breaks, techno and house, the music I was obsessed with growing up. In fact, I’ve done everything I can to make them sound like they’ve come from a 1991 time capsule. Every synth and sound used is from that time period.”

Calvin Harris(Real Name Adam Richard Wiles) is a Scottish DJ, record producer, singer, and songwriter. He is known for his singles “We Found Love”, “This Is What You Came For”, “Summer”, “Feel So Close”, and “Feels”.