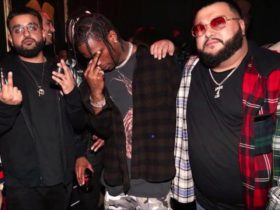 Musical artists, Cardi B and Megan Thee Stallion‘s collaborative track ‘WAP’ won’t be submitted for the next year’s Grammy 2021 Awards.

According to Pitchfork report, the song will reportedly instead be submitted next year as part of Cardi’s forthcoming album campaign. That album has not yet been announced. Submissions for the 63rd Annual Grammy Awards had to be released between September 1, 2019 and August 31, 2020. Released on August 7, “WAP” still fell within the eligibility window.

“On Jan. 31, 2021, the 63rd Grammy Awards will be happening, rain or shine, COVID-19 vaccine or not,” Grammys website reads. “Because the show is still months away, whether or not there will be a live audience or red carpet will be determined and revealed closer to the big day, as the health and safety of artists, guests, crew and staff is always front of mind during every Grammys.”

Recently, the track ‘WAP’ has broken the record of the first-week stream and became No. 1 at songs chart on Billboard Hot 100. According to the Billboard Hot 100 stats, the track drew 93 million U.S. streams and 125,000 downloads sold within the week ending Aug. 13, based on Nielsen Music/MRC Information, probably the most for any song ever in its first week of release.