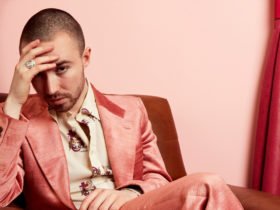 American rapper, Cardi B has revealed on the ‘Mad Pressure‘ & double standards which faced by Female Rappers in the industry.

Earlier this week, Cardi B spoke to SiriusXM & said that she refused to give in to pressures to constantly release new material.

“Female rappers, y’all, they are always in mad pressure,” she said. “If you don’t have a super crazy smash, it’s like oh, you flop, flop. The song could be like two-times platinum and it’s still flop, flop, flop. You’re always under pressure, and I feel like it’s not fair.”

“I feel like there’s male artists who go two years without putting a fucking song out and they don’t go, ‘Oh, you’re irrelevant. It’s over for you’,”.

She insisted that she is “not going to put out a song that I’m not really in love with”. She also discussed the year-long break between 2019’s ‘Press’ and WAP, her collaboration with Megan Thee Stallion, and said her absence was plagued by rumours of fighting with her record label.

“Throughout this whole time people were making rumors like, ‘Oh she’s having problems with her label,’ ‘Her label is shelving her,’ ‘Her label is tired of her and they’re getting more female talent,’” she recalled.

Meanwhile, Cardi B teamed up with BLACKPINK on their debut LP ‘THE ALBUM’, In the track ‘Bet You Wanna’.