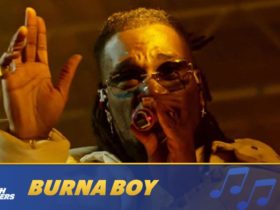 American rapper and actress, Cardi B has teased her new music and also shared a little video clip about the new album. Check out the post below.

On 5th March, she took the Twitter after deactivating her Twitter account and shared the second album news and revealed that she is releasing her own doll.

In a tweet she mentioned, “: After next week I’m going full album mode. I was hungry around this time. Perfecting & writing my shit. I’m going to complete some business do things for “UP” then I’m out! but please let’s stay on topic & not ask me about things when ya know I don’t like talking bout my moves. U.”

Cardi also revealed during an Instagram Live, “I have so much pressure. I’m working on a lot of sh– to please people. … I wanna please my fans, because y’all been asking for something from me for a very long time that I can’t say, and I’m doing it for ya.