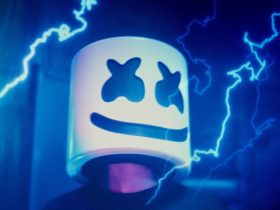 American rapper and songwriter, Cardi B finally has won a years-long lawsuit regarding the cover art to her 2016 ‘Raunchy’ Mixtape Cover Art.

Her lawful crew documented that a jury at the Central District of California Court in Santa Ana ruled in the rapper’s favor “on all counts” on Friday (October 21).

In 2017, Cardi B was sued by a man named Kevin Michael Brophy, Jr. over the alleged appearance of his back tattoo on the cover of the rapper’s 2016 debut mixtape, Gangsta Bitch Music, Vol. 1.

According to the docs, obtained by TMZ, the artwork made for a seriously awkward moment when Brophy’s pre-K son asked what Daddy was doing in the picture, and who’s that girl. Brophy says his son keeps bringing it up, too.

In the docs, Brophy says he’s never met Cardi or spoken to her or her people — but he knows that’s his distinct back art of a tiger battling a snake … which he’s had for 10 years.

He obviously knows who the “Bodak Yellow” rapper is now. Brophy’s making a money move of his own … suing Cardi and her managers for at least $5 million.