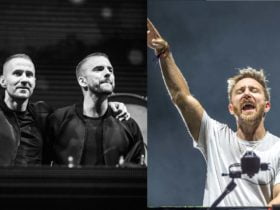 American rapper & singer, Chance The Rapper has shared his brand new song named ‘The Return.’ Listen to the full song below.

Jeremih recently left the hospital after experiencing life-threatening signs of COVID-19. Chance released his last album The Big Day last yr. The album is partially the topic of a brand new lawsuit from his former supervisor Pat Corcoran.

In the meantime, Chance The Rapper is at the moment caught up in a lawsuit along with his former supervisor. As revealed over the weekend, Pat Corcoran – aka Pat The Supervisor – is suing the Chicago rapper for $3million (£2.2m) in unpaid commissions. In response to the suit, Chance’s staff say they’re “grossly offended” by the accusations.