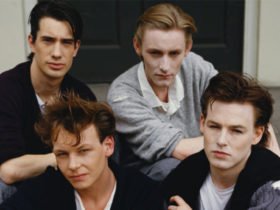 The Pop Smoke’s manager said that ‘the posthumous new Pop Smoke album artwork will be changed after fans reacted negatively to its unveiling.’

The tragic untimely death of rapper Pop Smoke(Bashar Barakah Jackson) in February this year, it’s reasonable to assume his fans would be sensitive about the arrival of his posthumous debut album, which is set for release on Friday (July 3).

Last night, Steven Victor shared the original artwork for the album, who worked closely with Pop Smoke during his career. Victor wrote on Instagram, “you were always shootings for the stars and aiming for the moon. everything we talked about is happening, the only thing is you’re not here in the flesh to see it all come together. you wanted Virgil to design your album cover and lead creative. Virgil designed the album cover and led creative.. we love you and miss you more and more each day”

Pop Smoke fans weighed in on the design, which many felt seemed rushed, or even worse, just plain bad. The reaction was quick and so pervasive, Victor responded to it within a few hours, indicating that he and the label would revisit the cover. “BRB. MAKING A CHANGE,” he tweeted. “POP WOULD LISTEN TO HIS FANS!” Abloh, meanwhile, deleted the image from his Instagram.

You can see the tracklist for Pop Smoke’s debut album below.