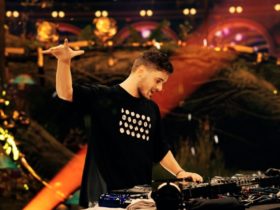 American singer & songwriter, Ciara has teamed up with Summer Walker for a new song named “Better Thangs.” Listen to the full song below.

The track follows Ciara’s first new single in two years, “Jump,” which came out earlier this summer. She described the track as “a feel-good R&B anthem for elevating every aspect of your life” in a statement of the song. “It’s meant to bring joy while inspiring the continuous evolution of one’s self,” she said.

Back in 2019, In 2020, Ciara released the Hudson Mohawke and Stargate-produced single “Rooted.” Ciara released her album, Beauty Marks. That same year, she dropped the song “Melanin,” which features Lupita Nyong’o, La La Anthony, and City Girls.

READ MORE – Rapper, Coolio Died At The Age Of 59