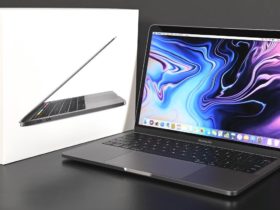 Apple Doubles The Price Of Its 13in MacBook Pro RAM Upgrade

CircoLoco, one of the most influential brands in global club culture and Rockstar Game has collaborated together to launch CircoLoco Records.

These partnership is the view to supporting underground dance music culture worldwide in the physical and digital worlds. The launch of CircoLoco Records reinforces CircoLoco’s commitment to championing forward-thinking dance music artists beyond the club.

It is representing house and techno for over 20 years through its parties at Ibiza’s DC10 and around the world, CircoLoco’s dancefloor has become a principal intersection between underground dance music and elements of fashion, art and wider culture.

They said, “Creators of some of the world’s most popular video games including The Grand Theft Auto and Red Dead Redemption series, Rockstar Games’ reputation for supporting music and club culture stretches back to the brand’s inception in 1998.

“Whether through the meticulously curated radio stations found in the Grand Theft Auto series or the virtual dance clubs of Grand Theft Auto Online featuring some of the world’s greatest DJ’s, Rockstar Games has consistently championed artists and club culture.” They added.

CircoLoco Records will break new ground in an effort to support dance music culture and represents an opportunity to elevate the scene through the collective power of these two entertainment brands. For more information, visit https://circolocorecords.com/.

The label shared a video introducing the brand: