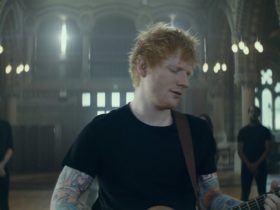 Directed by Daps, the video features Yung Miami, JT, and Doja Cat as they tout their worldly sexual prowess in an office setting, and later, in a jungle, dressed as various exotic cats. “P___y Talk” comes on the heels of single, “Jobs” – both of which represent the duo’s unapologetic message of respect and self-empowerment.

In a recent interview with Billboard, JT declared “The City Girls are not subtle.” She later explained the duo’s philosophies, “People get it confused, like, ‘City Girls saying, “Don’t be in a relationship!”’ No. If you gonna be in a relationship, make sure he’s a provider. Don’t let him use you or drain you. I’m not saying stay ’cause he’s rich – just don’t let no man suck you dry.”

Yung Miami added, “Being a City Girl is just being a [boss]…. You don’t have to feel nobody but yourself.”