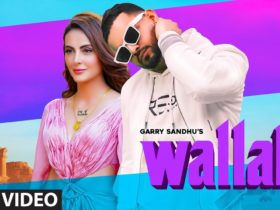 Musical group The Avalanches have announced that they have finished their recording work of the third album.

They shared the news via Social media account and wrote the caption, ‘The Wildflower album was released worldwide 4 years ago today. Coincidentally, we delivered our 3rd album for mastering late last night. Happy birthday Wildflower’

The Australian duo revealed the news to celebrate the fourth anniversary of the release of their second album, ‘Wildflower’. Although no particulars detail has been confirmed for the new album, the group has dropped two new songs this year which can presumably characteristic on the record.

The Avalanches Announces Their Third Album Work Has Finished

They have released ‘We Will Always Love You’ featuring Blood Orange, while they lined up another collaboration, releasing ‘Running Red Lights’ alongside Weezer frontman Rivers Cuomo and Pink Siifu.

‘Wildflower’, released in 2016, arrived a huge 16 years after the band’s seminal debut album, ‘Since I Left You’.