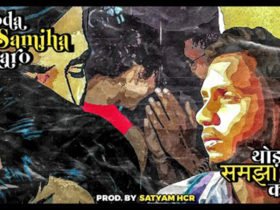 Coachella Valley Music and Arts Festival has revealed its 2022 full lineup including the headliners, Harry Styles, Kanye West and Billie Eilish. Check out the full lineup below.

Also, the Swedish House Mafia is expected to perform there, although it is unclear whether or not they are headliners. Alongside Ye, Billie Eilish and Harry Styles, the lineup includes Lil Baby, Daniel Caesar, Phoebe Bridgers, Big Sean, Megan Thee Stallion, 21 Savage, Danny Elfman, Doja Cat, Joji, Run the Jewels and many more.

The festival will take place from April 15-17 and April 22-24, 2022 at its usual location of the Empire Polo Ground in Indio, Calif. Presale for Weekend 2 starts Friday, 1/14 at 10am PT. Register now at Coachella.com

In 2011, West was a Coachella headliner and in 2019, Eilish had a breakthrough performance at the festival. Previously, SHM performed at Coachella in 2012.