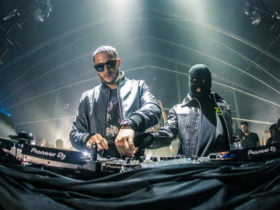 DJ Snake Team Up With Malaa For Highly-Anticipated Track, “Ring The Alarm”

Coachella Valley Music and Arts Festival has confirmed that the Swedish House Mafia will perform at next year’s event. Check out the full post below.

It’s not clear at this stage where the Swedish House Mafia will sit on the bill. The festival has already announced Rage Against The Machine and Travis Scott as headliners.

Meanwhile, The musical artists Megan Thee Stallion and Doja Cat will also perform at next year’s festival, which takes place from April 15-17 and April 22-24, 2022.